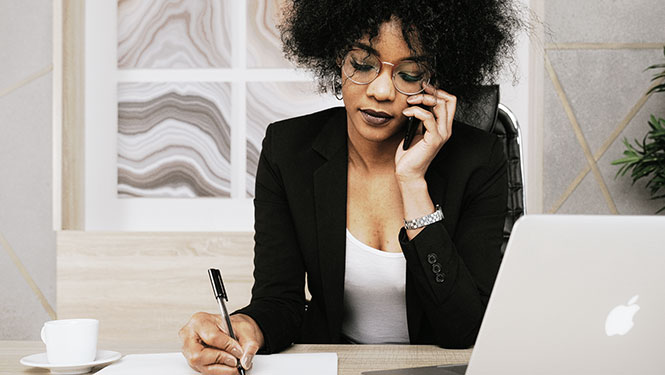 Proverbs 3: 5-7. Trust in the Lord with all your heart, And lean not on your own understanding; In all your ways acknowledge Him, And He shall direct your paths. Do not be wise in your own eyes; Fear the Lord and depart from evil…The real question is, should a man yield his God given authority to a woman? On this subject we have to go back to the beginning. Adam was formed first and God gave him dominion over the whole earth; all was good said the Lord, and God took the woman from inside of the man as a helpmate, and blessed them with everything upon the face of the earth except for the tree of knowledge of good and evil. God wanted them to be aware of evil because Lucifer was already a fallen angel, then God commanded Adam not to eat from the tree of knowledge of good and evil, because on the day that he ate of it he would surely die. Eve was the first to disobey God by listening to Lucifer, he told her that if she ate of the tree she would be like God, knowing good and evil. She ate from the tree and gave some to her husband and then he ate and death came upon all men kind till this very day.
Let’s examine Ge. 3: 16. God’s sentence upon the woman. To the woman He said:“I will greatly multiply your sorrow and your conception; In pain you shall bring forth children; Your desire shall be for your husband, And he shall rule over you.” And about four thousands years later Apostle Paul put it this way, 1 Corinthians 11: 3. But I want you to know that the head of every man is Christ, the head of woman is man, and the head of Christ is God. 1Tim. 2: 14. It was not Adam who was deceived by Satan. The woman was deceived, and sin was the result. 1Cor 14: 34-38. Let the women keep silent in the churches, for they are not permitted to speak; but they are to be submissive, as the law also says. If they want to learn something, let them ask their husband at home; for it is shameful for women to speak in church. Did the word of God come originally from you? Or was it you only that it reached? If anyone thinks himself to be a prophet or spiritual, let him acknowledge that the things which I write to you are the commandments of the Lord. But if anyone is ignorant, let him be ignorant.
Now about six thousands years later Satan has finally reached his goal, making the women of this world believe that they can be the head of man, and nothing is impossible for them, almost giving them a god like status. Now we have some women that don’t just want to have the same opportunity as men, they have become men themselves and are even getting  married to one another. Society has taken all the God giving authority from the men and gave them to the women and the children. Now my question is since  the women and children have authority over the men, has this world gotten better or worse? We all should answer that question to ourselves. Was God in error to command Eve to be submissive to her husband, or for her own protection, just like He commanded the children to obey their parents for there own protection. Jesus Christ is the only one that has full authority over me because he’s my head, and I do believe no spiritual men would allow a woman to be his head. A true spiritual woman would see her husband as her head and be in obedience to him for the blessings of her family. The husband is suppose to love his wife just as Christ loves the church. Jesus words against a woman teaching in the church of Thyatira Re. 2: 20-23. “In her own eyes, Jezebel’s alleged special revelations from God qualified her as an authoritative teacher in the church. Some others agreed and she became a recognized leader.”Scripture indicates that although women can have great wisdom Pr. 31: 26 and work alongside men instructing other believers Acts 18: 26, in the assembly they are not to occupy teaching roles over men 1Cor. 14: 34; 1Ti. 2: 12. The reason for this proclamation is not cultural, but reflects God’s creation order 1Ti. 2: 13 and recognizes the differences between men and women 1Ti. 2: 14. The teaching role of a woman is primarily to be instructing other women Tit. 2: 3-4 and children 2Ti. 1: 5, 2Ti. 3: 15.
The sin, apparently involving the majority of the Thyatira church’s members, was twofold. First, they violated the biblical teaching that women were not to be teachers or preachers in the church 1Ti. 2: 12, that led them to tolerate the woman Jezebel, who calls herself a prophetess. They compounded their error by allowing her to teach. In our own day, this Scriptural restriction on the teaching role of a woman has been twisted by the feminist agenda which distorts the Scriptures using techniques for they own gain, not unlike that of “Christian homosexuals” who deny the plain meaning of the text completely. As a result, the Christian church is reaping the whirlwind with self-proclaimed prophetesses as well as female “bishops” and “pastors” taking roles which God has ordained strictly for men. If any woman think “God is calling her to be a pastor, or a bishop,” she should think again! God does not contradict his own word. The twelve tribes of Israel were twelve sons of Jacob pick by God. Be very careful my sister and don’t let the spirit of Jezebel enter your heart, and remember Jesus Twelve Apostles were all male to start the church. Ask yourself why? Please let the grace of God bring you in to His Kingdom. Obedience is better than sacrifice. In Jesus Almighty name Amen.
APOSTLE PAUL 💯% ❤