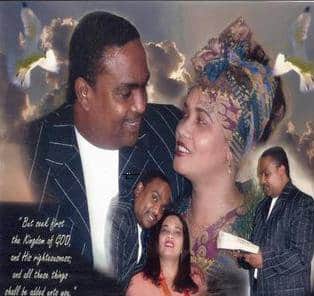 John saw an angel flying in the midst of heaven, preaching the everlasting gospel of Jesus Christ unto all nations. Let us praise the Lord Jesus, for His grace continues even in the great tribulation. When Satan declared that all should have his mark on their foreheads or be kill. Jesus left a message for all the religious people’s that is living in idolatry, that is going to be left behind when the church is rapture. That they should be very careful that they don’t get deceive again. Mt 24: 4-31. And Jesus answered and said to them: “Take heed that no one deceives you. For many will come in My name, saying, ‘I am the Christ,’ and will deceive many. And you will hear of wars and rumors of wars. See that you are not troubled; for all these things must come to pass, but the end is not yet. For nation will rise against nation, and kingdom against kingdom. And there will be famines, pestilences, and earthquakes in various places. All these are the beginning of sorrows. “Then they will deliver you up to tribulation and kill you, and you will be hated by all nations for My name’s sake. And then many will be offended, will betray one another, and will hate one another. Then many false prophets will rise up and deceive many. And because lawlessness will abound, the love of many will grow cold. But he who endures to the end shall be saved. And this gospel of the kingdom will be preached in all the world as a witness to all the nations, and then the end will come.
“Therefore when you see the ‘abomination of desolation,’ spoken of by Daniel the prophet, standing in the holy place” (whoever reads, let him understand), “then let those who are in Judea flee to the mountains. Let him who is on the housetop not go down to take anything out of his house. And let him who is in the field not go back to get his clothes. But woe to those who are pregnant and to those who are nursing babies in those days! And pray that your flight may not be in winter or on the Sabbath. For then there will be great tribulation, such as has not been since the beginning of the world until this time, no, nor ever shall be. And unless those days were shortened, no flesh would be saved; but for the elect’s sake those days will be shortened. [the elect’s for the millennium] “Then if anyone says to you, ‘Look, here is the Christ!’ or ‘There!’ do not believe it. For false christ and false prophets will rise and show great signs and wonders to deceive, if possible, even the [elect for the millennium]. See, I have told you beforehand. “Therefore if they say to you, ‘Look, He is in the desert!’ do not go out; or ‘Look, He is in the inner rooms!’ do not believe it. For as the lightning comes from the east and flashes to the west, so also will the coming of the Son of Man be. For wherever the carcass is, there the eagles will be gathered together. “Immediately after the tribulation of those days the sun will be darkened, and the moon will not give its light; the meteors will fall from heaven, and the powers of the heavens will be shaken. Then the sign of the Son of Man will appear in heaven, and then all the tribes of the earth will mourn, and they will see the Son of Man coming on the clouds of heaven with power and great glory. And He will send His angels with a great sound of a trumpet, and they will gather together His elect from the four winds, from one end of heaven to the other. This is the last group to be elected by God grace, we were elected in Jesus Christ, to be son’s of God and kings and priests, these people are elected to enter the millennium, to continue the program that God had created Adam and Eve for, which is, to multiply and fill the earth after they kind. Let us keep on preaching the gospel of grace. Through Sanctification by the blood of Jesus Christ, by faith and nothing else. To Jesus belong all the glory Amen.
APOSTLE PAUL 💯% ❤